TOPColumn on MatsuyamaTouring Around Setouchi & Matsuyama

The area joining Hiroshima and Ehime contains a virtual treasure trove of charms in many forms: from World Heritage sites and notable architecture to its culture, history and industries. From the Itsukushima-jinja shrine to Dōgo onsen, many of Japan’s premier travel destinations are found here. Let us highlight a few of the sightseeing spots representative of Miyajima, Hiroshima, Kure and Matsuyama within this Setouchi area. Enjoy the charm and points of interest that each corner of the region offers in its own way. Why not step out a bit and revel in the full experience of a leisurely trip across the Seto Inland Sea?

How about a trip through Miyajima, Hiroshima, Kure and Matsuyama with their tranquil seas to take in the bounty of history and charm?

We’ve laid out a route that will take you to Miyajima by ferry starting out from the JR Miyajimaguchi Station, then by high-speed ferry from Miyajima to Hiroshima-kō Port.

We’ve laid out a route that will take you to Matsuyama by ferry starting out from the Ujina Passenger Terminal at Hiroshima-kō Port. 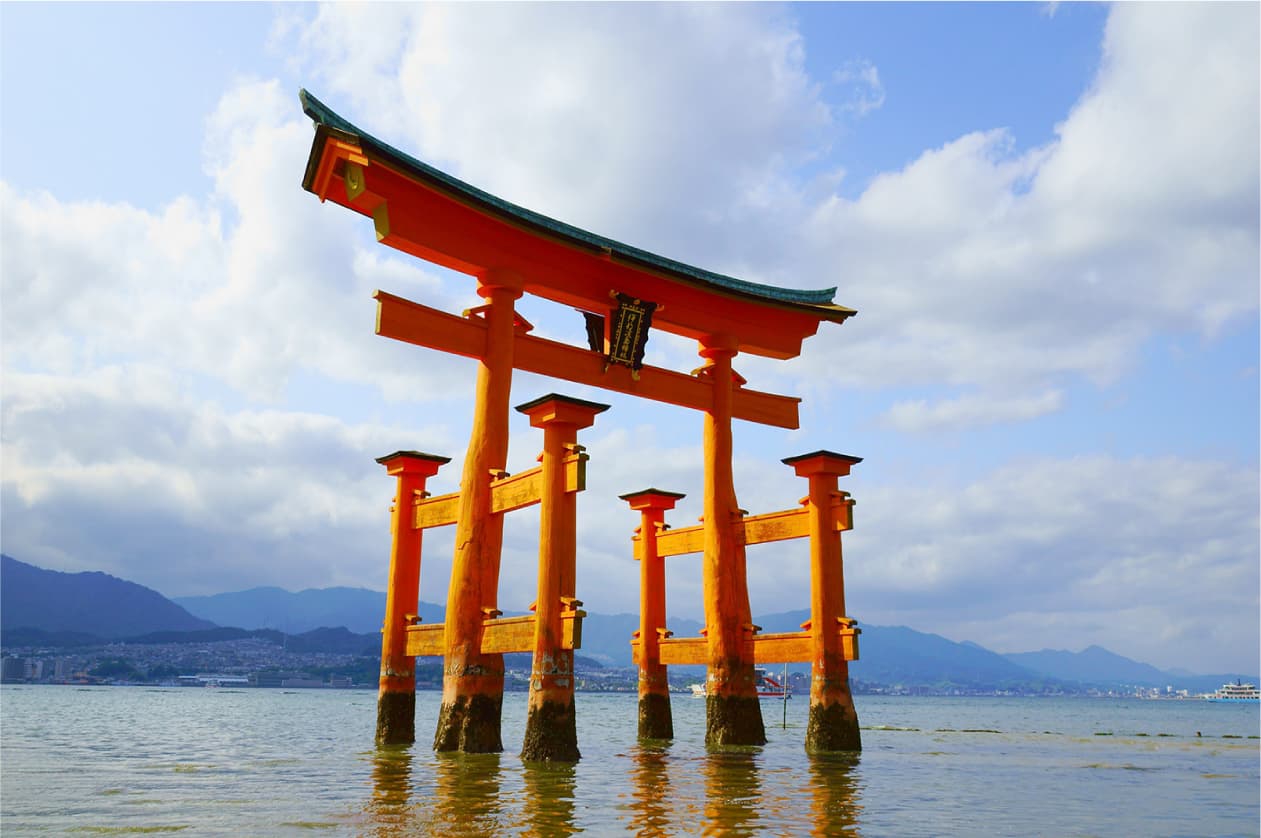 The Great Torii of Miyajima is under construction. 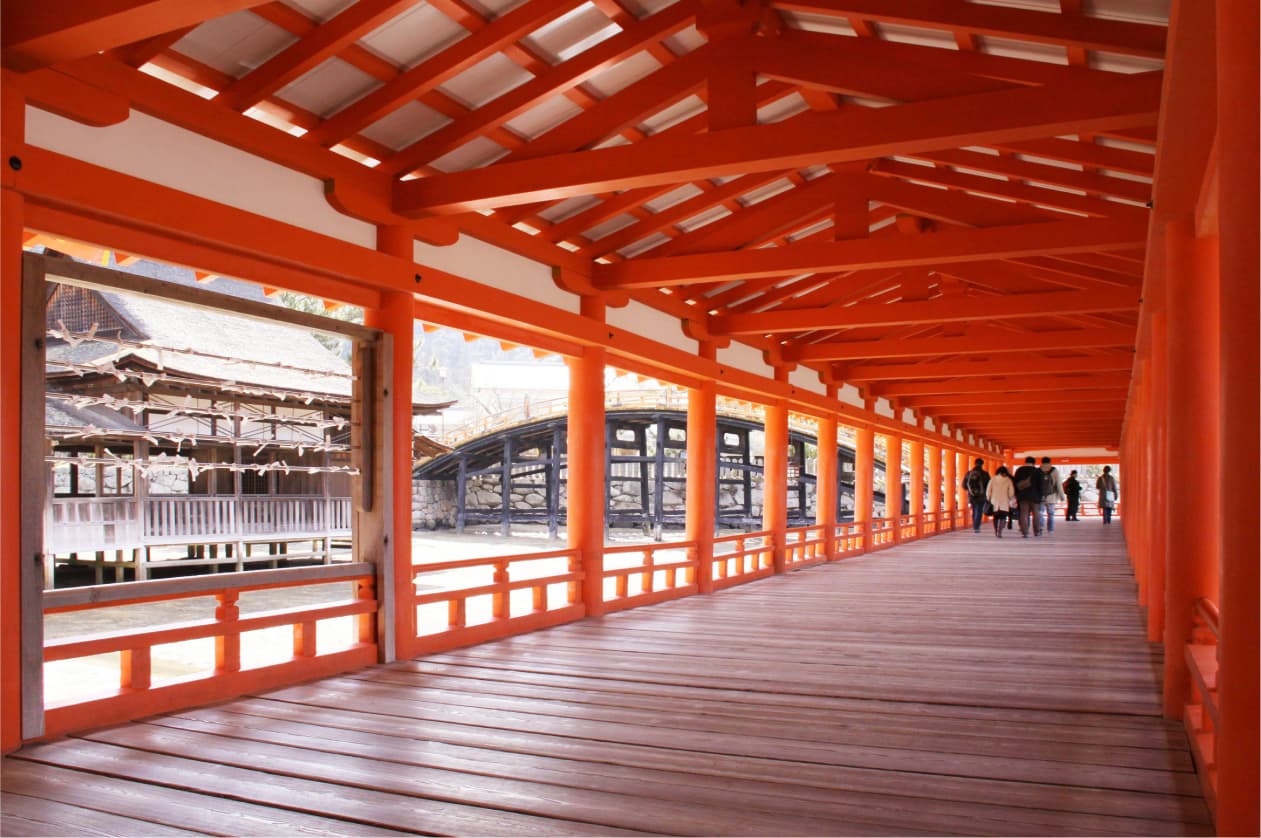 Said to have been constructed by Saeki no Kuramoto in 593, the first year of Empress Suiko’s reign, the Itsukushima-jinja shrine maintains World Heritage Site status. Vestiges of primal religion had made the entire island an object of worship as a kami spirit island. Accordant reticence to build the shrine on the island’s land led to the choice of a site amidst the ebb and flow of the tides. 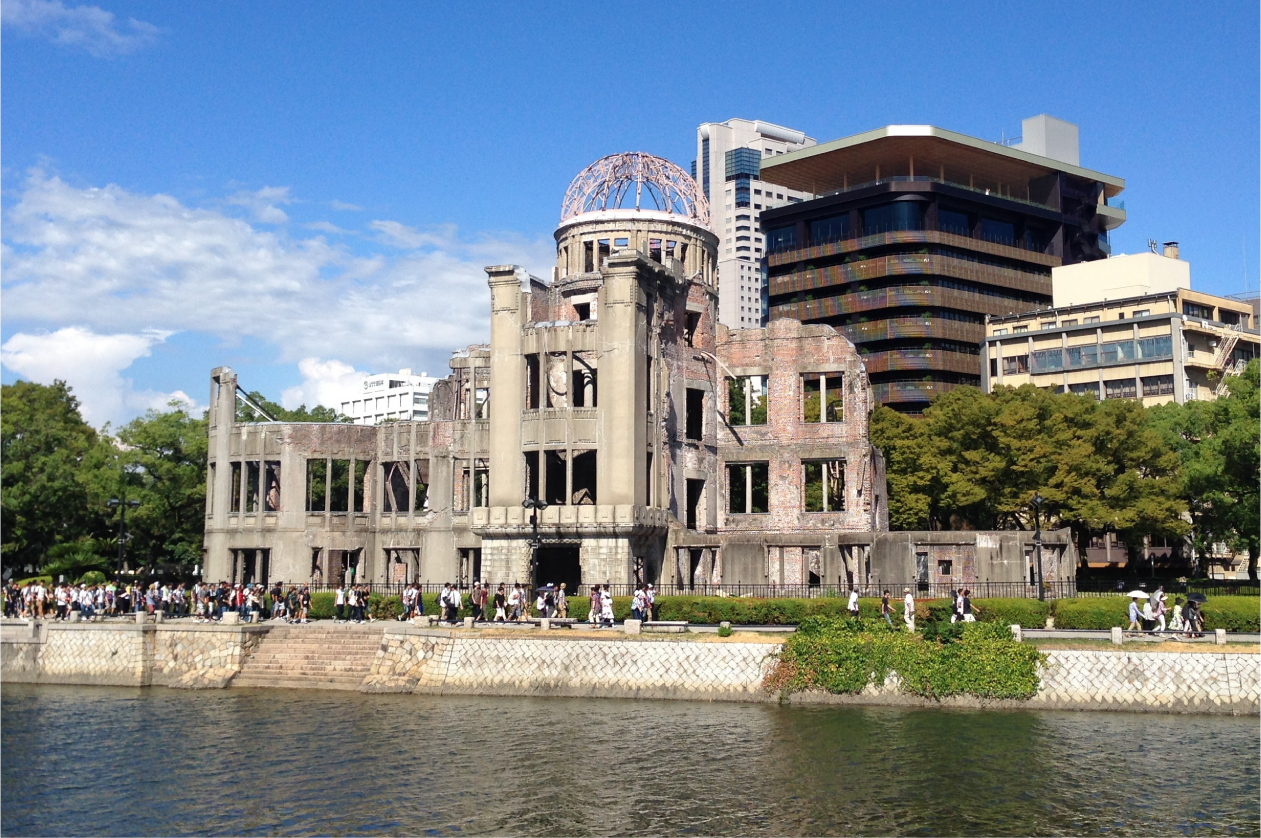 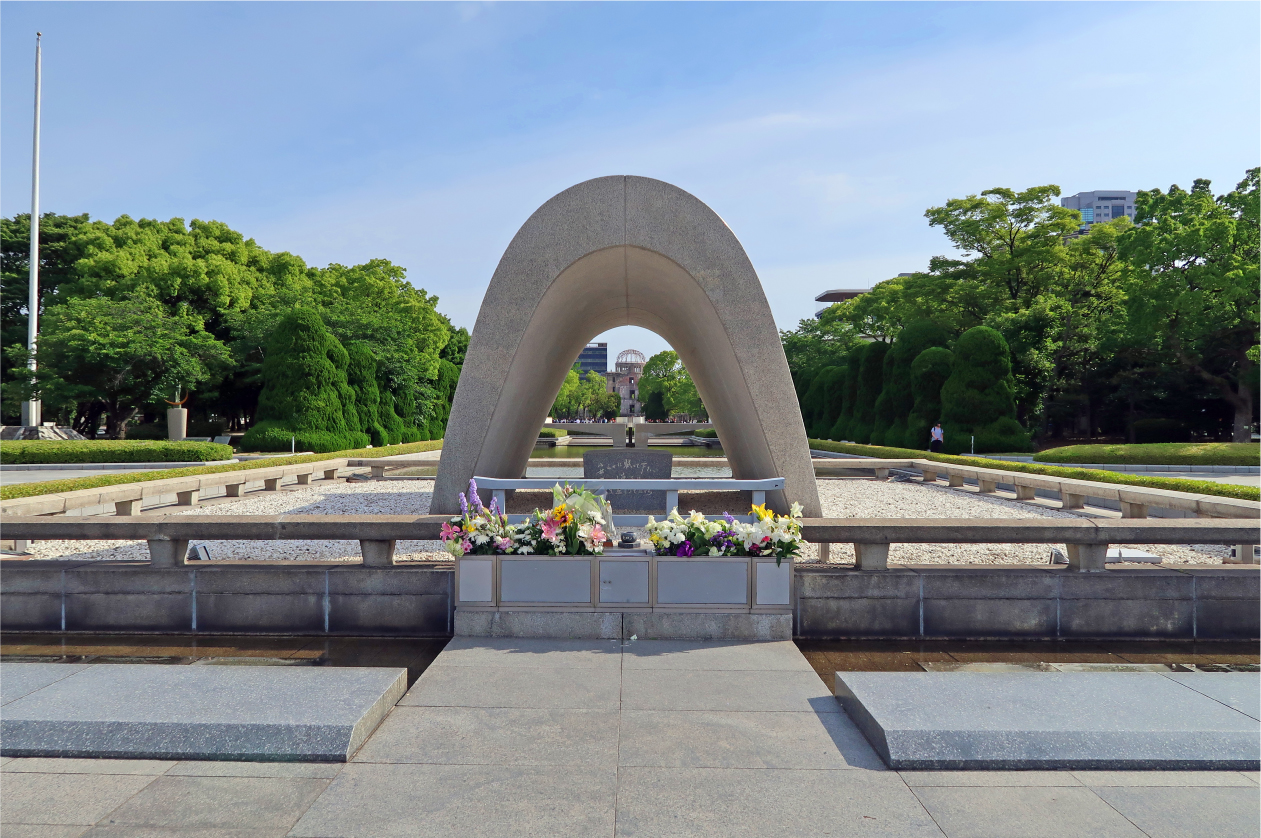 In Hiroshima’s Naka-ku ward is found this building that sustained major damage in the atomic bombing of the city. Still standing today in virtually unchanged form, the Hiroshima Peace Memorial conveys the horrors of nuclear weaponry while making an appeal for their elimination and for lasting peace. Recognition of its status as “the only building in the world able to convey the destruction caused by nuclear weapons just the way it is” and as “an unprecedented monument to peace that pleads the importance of eliminating nuclear weapons and of lasting peace” led to its designation as a World Heritage Site. 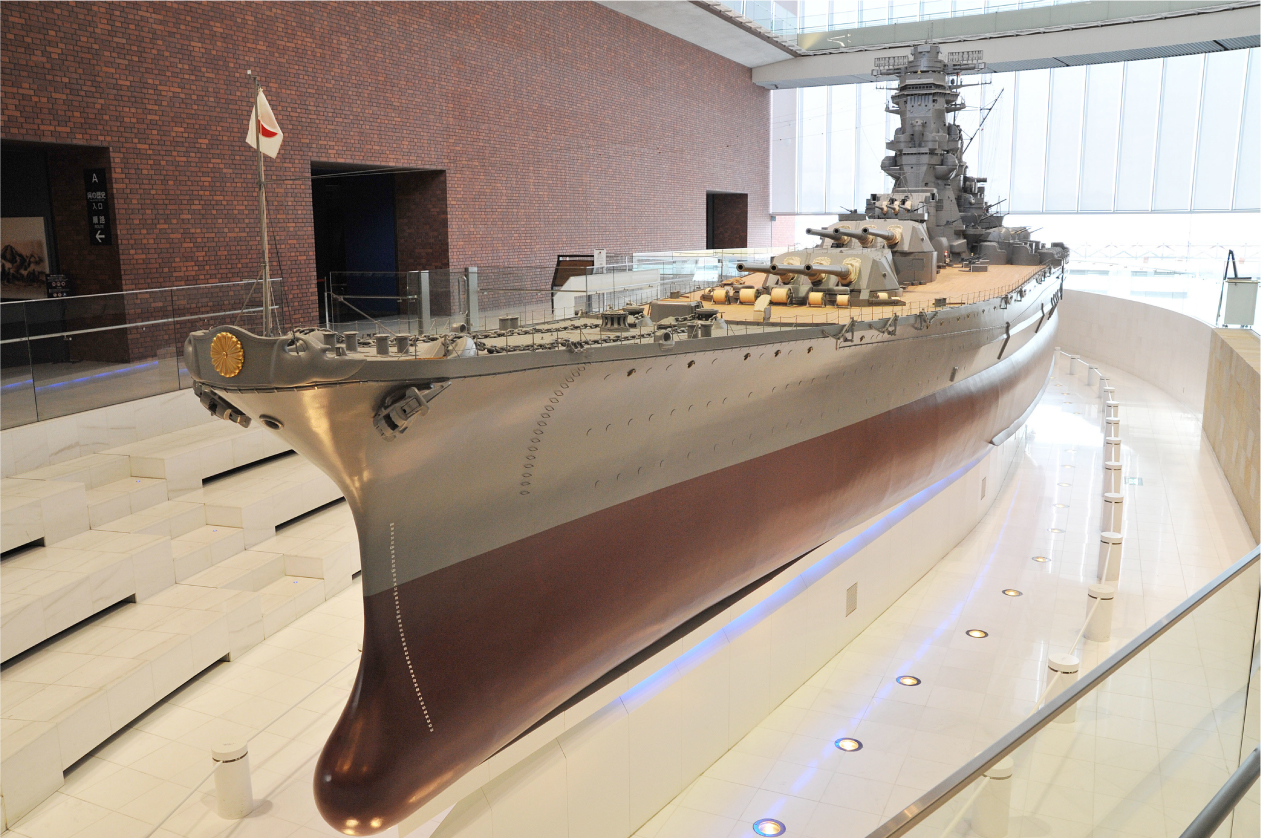 The city of Kure once flourished as home to the top naval shipyard in Japan, which produced the battleship Yamato. Kure history from the Meiji period onward is now passed on to the future here at the Yamato Museum. Among the exhibits displayed is a 1:10 scale model of the Yamato. An exhibition space in the museum also presents ship-focused technological principles with features such as a simulation that offers visitors a taste of the experience and physical sensation of maneuvering a ship.

There is a 30% discount from the regular price when you use the high-speed boat between Miyajima and Hiroshima together with the Super Jet between Hiroshima Port and Matsuyama. Please check the following for prices and offer periods.