All aboard! ♪ Tram trips around Matsuyama City ①

A guide to clear up all confusion about riding trams! Tram service is offered in central Matsuyama City with routes that loop around Matsuyama Castle. While railway trains connect Matsuyama with surrounding areas, trams provide light-rail transportation within the city limits.

Riders pay a flat rate of ¥180 for adults and ¥90 for children per trip (*1).
Trams offer great access to commercial areas and tourist attractions for local residents and sightseers alike. 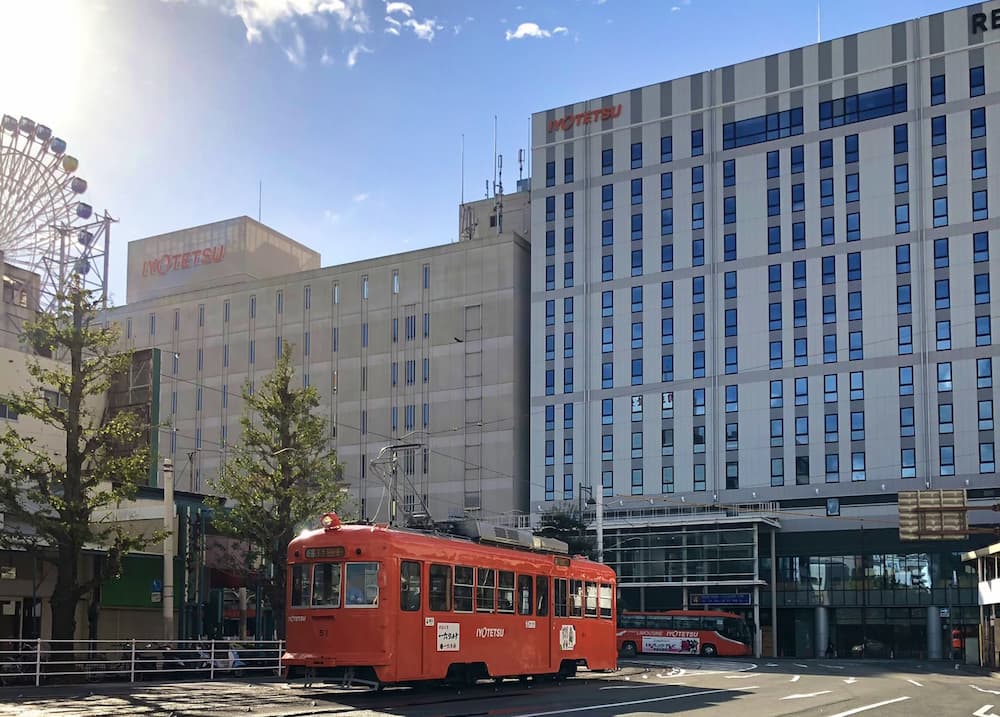 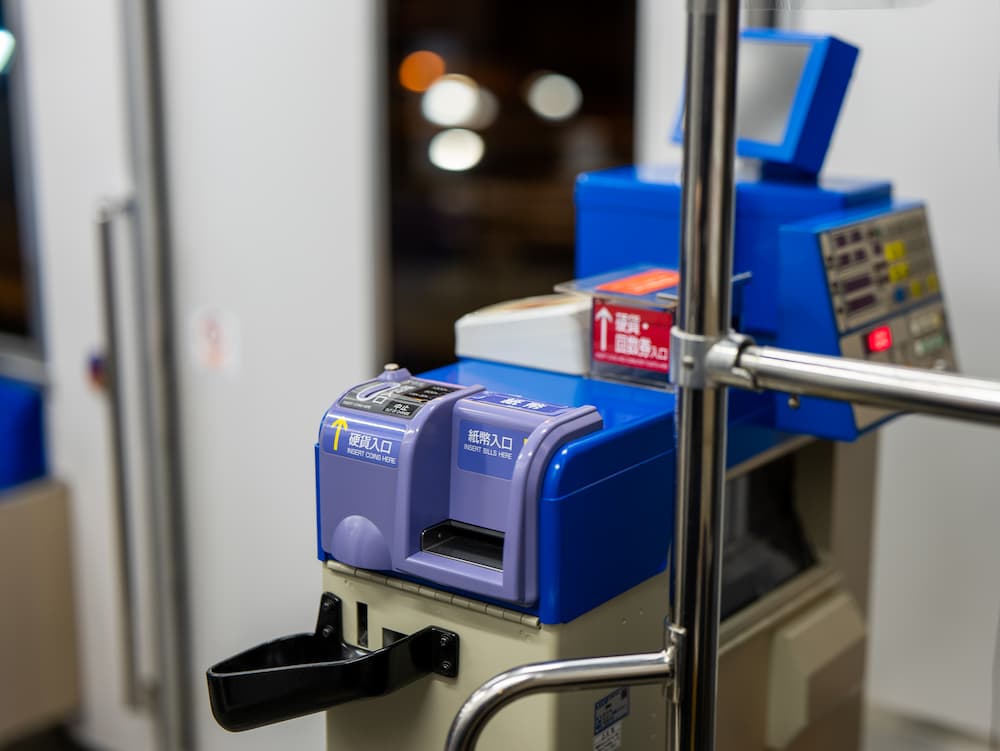 Tram fares are paid upon exiting. Be sure to press the deboarding button in advance when approaching your destination.

Fares are inserted into the fare box when deboarding. No change is given, so be sure to use the change converter attached to the fare box in advance. High denominations (¥5,000 and ¥10,000 bills) are not supported, so for a smoother trip, try to remember to break these down beforehand. Consult with the conductor if unable to convert bills before boarding. 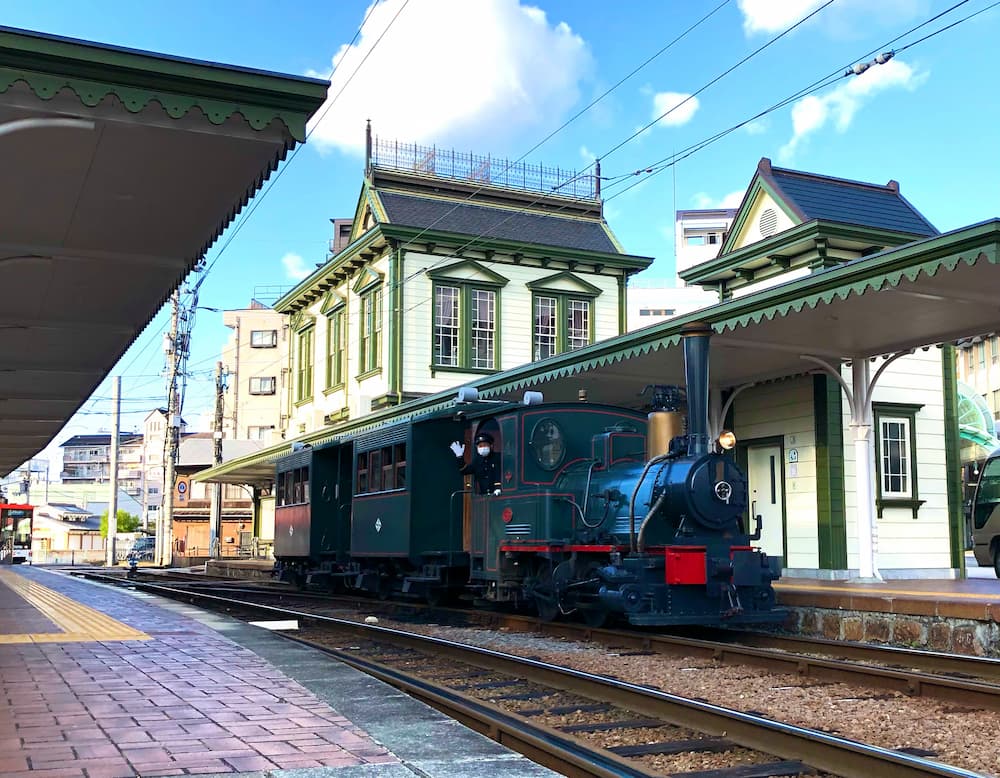 Popular with sightseers, the Botchan Train is a reconstruction modeled after steam locomotives that provided service in Matsuyama for 67 years starting in 1888. Now outfitted with a diesel engine, the train has been in operation since 2001 in an updated form showing eco-consciousness as well.

The actual original Iyo Railway No. 1 Locomotive is on display in Matsuyama’s Baishinji Garden as the oldest extant narrow-gauge locomotive. Go have a look for yourself to see what differences you might spot between them.

Botchan Train fares: ¥1,300 for adults, ¥650 for children (*2).From the retro feel of the wooden seating and the sounds of steam whistles issuing from speakers outside the train to clouds of steam that billow from the smokestack, a range of exciting features bring the steam locomotive age back to life!

Each Botchan Train boarding ticket is actually valid for one regular gondola ride on the Kururin Ferris Wheel at the Iyotetsu Takashimaya Department Store as well. Were you aware of this special bargain offered for your pleasure? 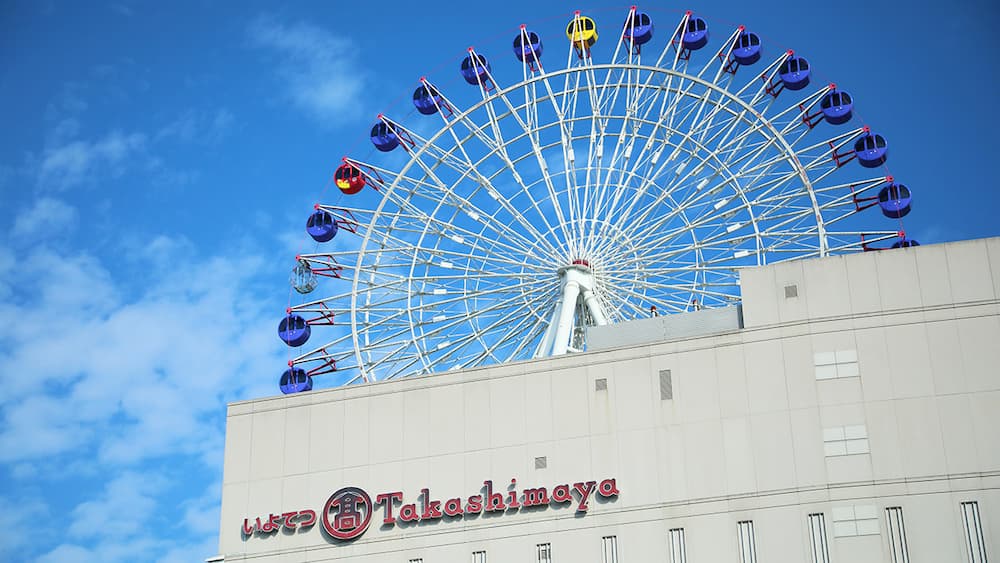 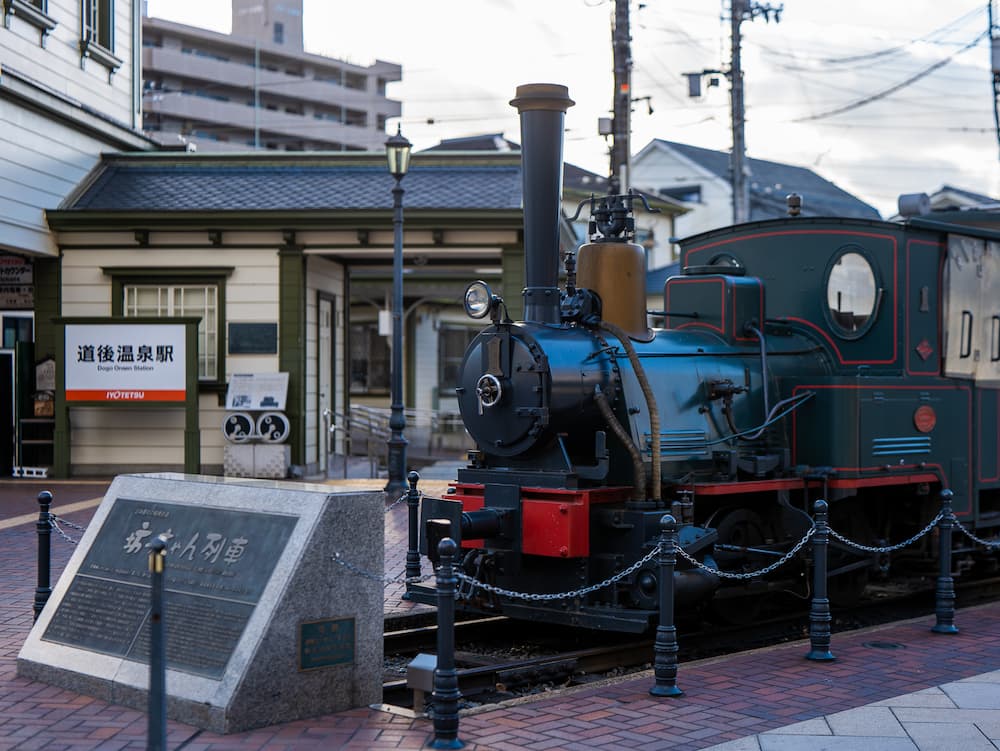 The Botchan Train can be boarded from platforms at the following stations: Dogo Onsen, Okaido, Matsuyama City Station, JR Matsuyama Station (IYOTETSU Matsuyama Ekimae), and Komachi. Boarding tickets can be purchased at the time of boarding from conductors outfitted in uniforms that recreate designs from the original era.
Be sure of where you would like to go before climbing aboard, as the train operates on two circuits: Dogo Onsen–Okaido–Matsuyama City Station and Dogo Onsen–Okaido–JR Matsuyama Station (IYOTETSU Matsuyama Ekimae)–Komachi.

Discount passes: A must for sightseeing! 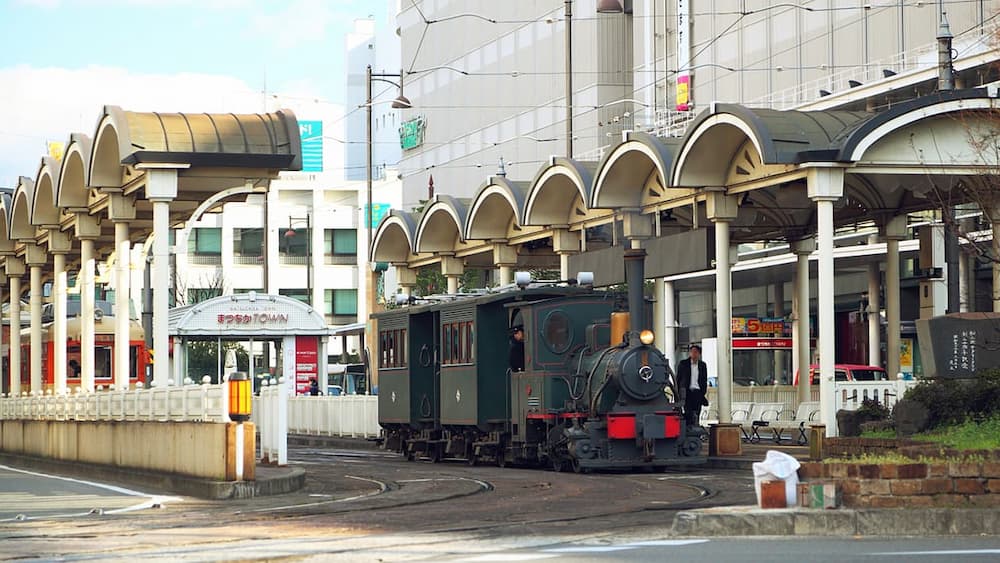 A convenient option for sightseeing, the IYOTETSU Tram 1-Day Ticket is an economical pass offering unlimited tram rides all day long. Beyond the single-day option, passes are also available for as long as four consecutive days. (*Three-day and four-day options are available only as mobile tickets, as explained below.)

Passes can be presented during their period of validity for one free regular gondola ride on the Kururin Ferris Wheel at the Iyotetsu Takashimaya Department Store as well. Such a bargain! 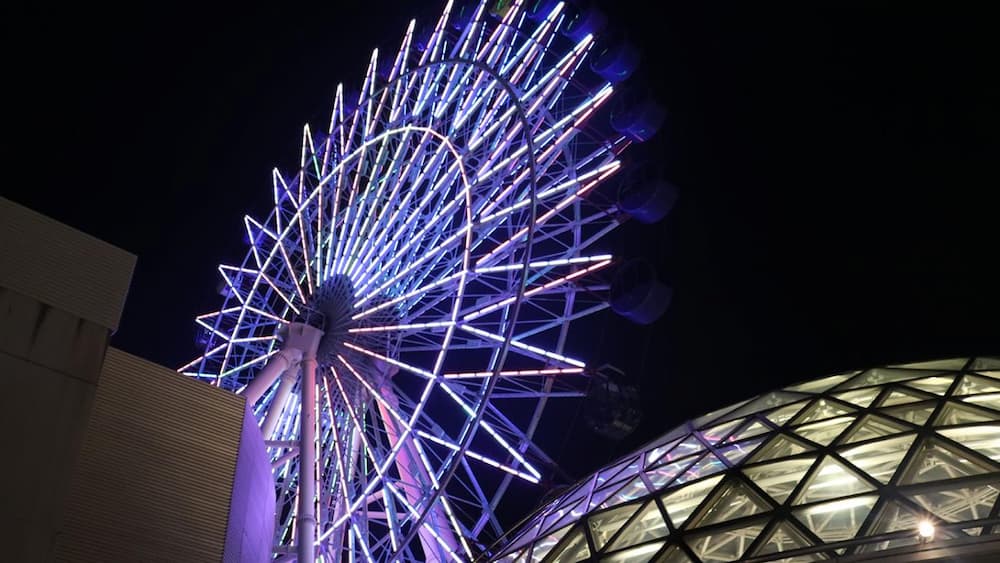 Those concerned about losing their ticket are advised to consider using app-based Iyotetsu MaaS mobile tickets. You can also take advantage of Ehime Free Wi-Fi, which is provided onboard all trams in the city, to download and use tickets on the spot. 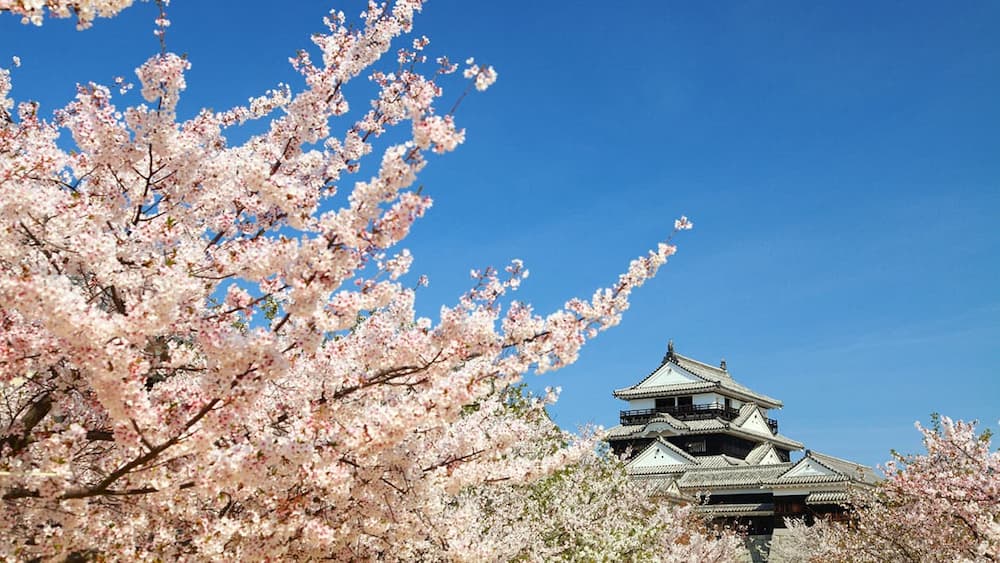 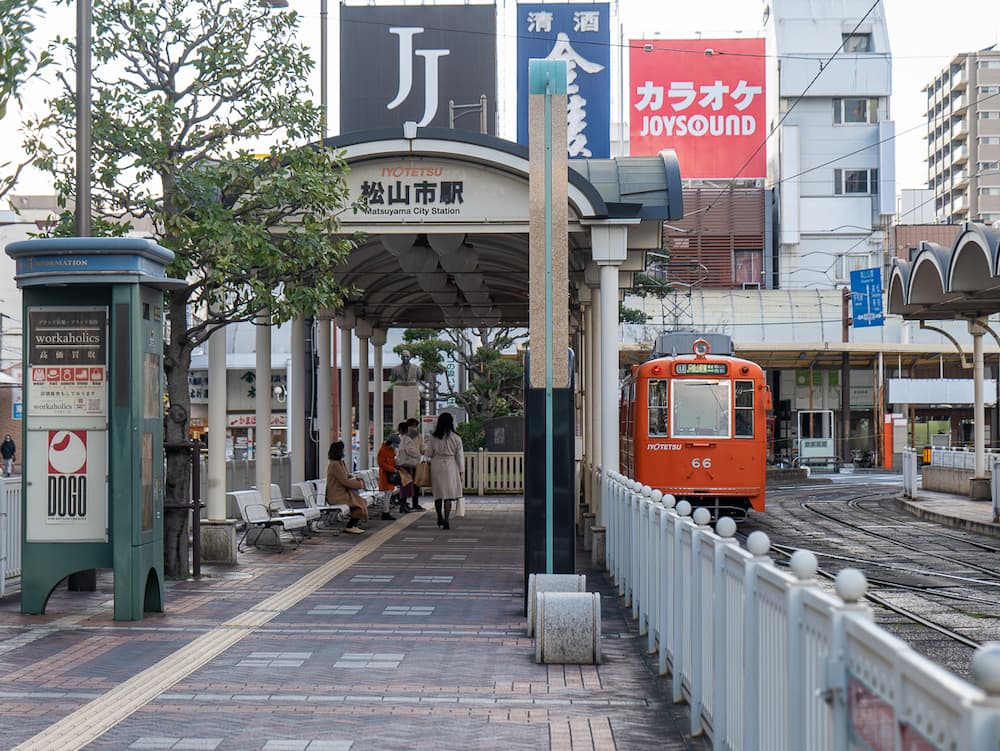 JR Matsuyama Station (Matsuyama Station) is a railway station operated by Shikoku Railway Company (JR Shikoku) that offers long-distance connections to destinations including Kōchi Prefecture to the south and Kagawa and Okayama Prefectures to the north. 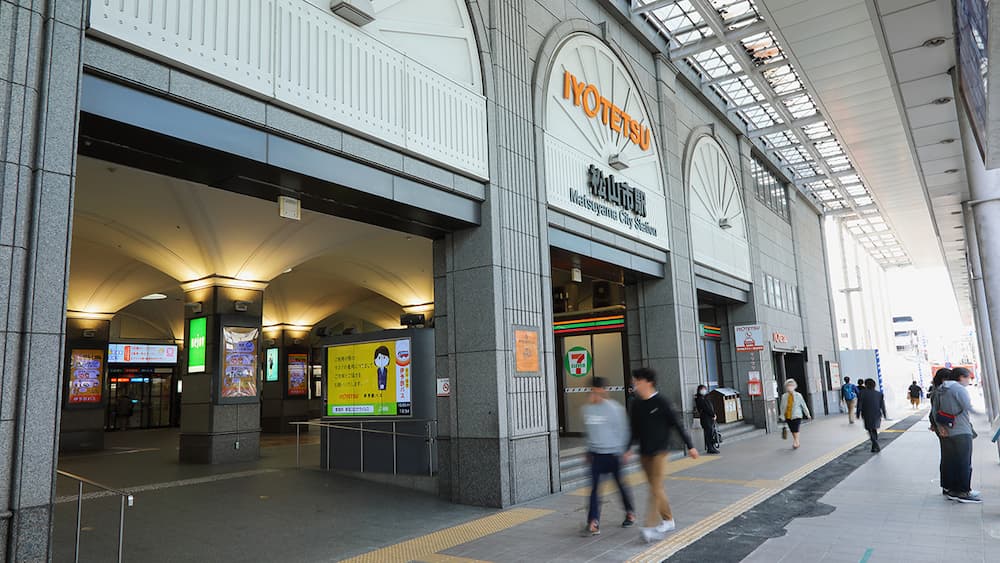 Matsuyama City Station (also known as “Shieki”) has a railway station on the ground floor of the Iyotetsu Takashimaya Department Store and also a tram stop that forms a little island in the streetway.
You will need to be careful, as these four can be easy to mix up!

Also note that there is a “Matsuyama City Station” bus stop as well. 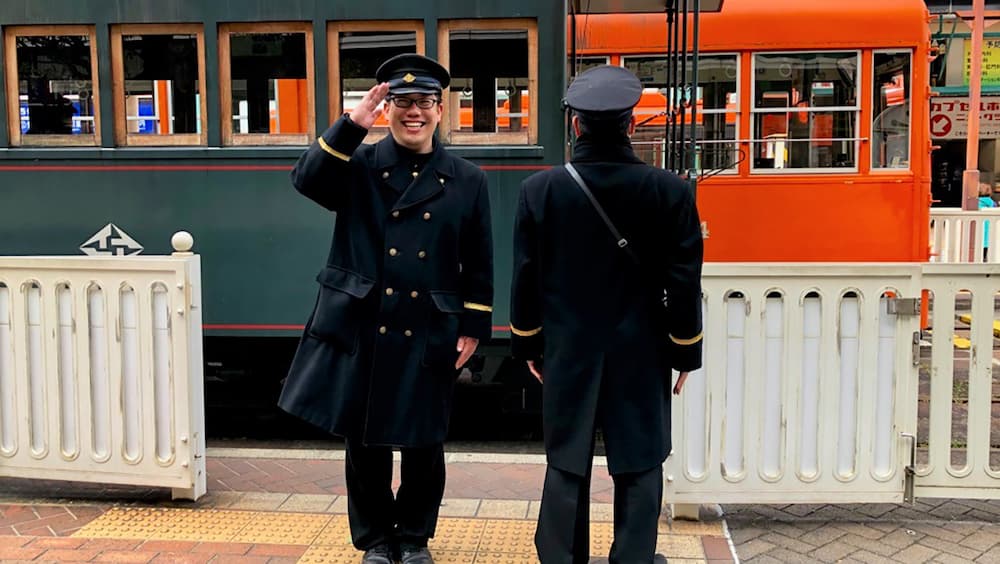 If you happen to leave something behind during a trip, don’t panic! Lost and found items are delivered to the police station every Thursday. Until then, try contacting the operator in charge of the location where you left your item behind. 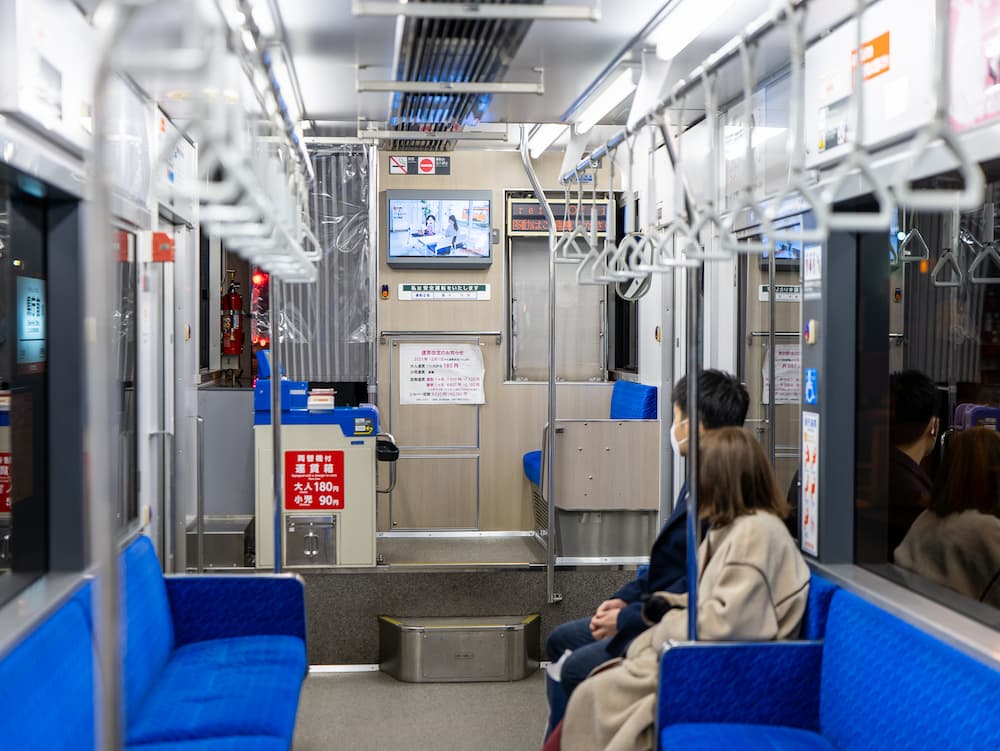 In order to retrieve a lost item, you will need something to verify your name and address, so try to come prepared.
It’s always a good idea to take a look behind you when deboarding the tram to make sure you have all your belongings with you.
Now let’s keep on exploring with the second installment. Safe travels!

All aboard! ♪ Traveling around Matsuyama City by tram ②